Each Monday, I'll be talking about something that is . . well, simply - my Favorite.
My Favorite Meal. My Favorite Movie. My favorite Book... etc. Something that is relate-able (I hope). And I'll tell you right now, I do not just have ONE favorite book, so these "MFT" Mondays should be fairly easy. (I just need to discipline myself enough to keep this going!)

So for my first "My Favorite Things" Monday, I'm going to be talking about Disney. I suppose it's pretty obvious that I love Disney. (And please, I know you're all SO super excited to be hearing about this. Hold your applause until the end. lol)

DISNEY. THAT MAGICAL PLACE. THE MOST HAPPIEST PLACE IN THE WORLD.

Before you ask, "Do you have a favorite Disney film?" - I have to be honest in saying that I don't. I have too many "favorites" to classify having just one. I've found that I relate moments in my life to a lot of moments in these films, so a lot of them mean so much to me.
(The Little Mermaid, Beauty and the Beast, Cinderella, Aladdin, Pete's Dragon, Peter Pan . . etc.)
Though, I do tend to ask this question to the people that I met - almost as if their answer will speak volumes of their personality and will (of course) reveal all of their hopes and dreams by a simple title.

I enjoy sitting in the living room and putting in a Disney movie - like the world will find some resolution in the 60 minutes; whatever is going on in my life, everything will be alright once a Disney movie is on (until it's over, I guess.) Recently, with the passing of my Father, Disney Movies have sort of taken a turn for me. They're not as magical. They're not the same. I'm not sure if it's because my world is different now, but I know that no matter what - within the 60 minutes or not, my Dad will never be coming back. 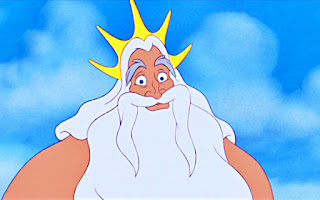 My Dad, to me, was King Triton from the Little Mermaid. Now, when I say that, I mean completely. My Dad was a strong, determined man. He "ruled" the house, so to speak. He and I didn't always see eye to eye just as Ariel and her Father - but the love that King Triton had for Ariel - in all the ways he showed his love, was the same. My Dad to me - was and always will be King Triton. Strong, brave and loving. Needless to say, I haven't been able to watch the Little Mermaid - and I'm not sure when I'll ever be able to. (and that truly is one of my favorite movies.)

On a more positive note, I really love the Broadway versions of the Disney films - and I'm sure that could be a whole "My Favorite Things" on it's own. Heck, maybe I will go into depth about Broadway shows! My first experience with anything Broadway with the mix of Disney, was Beauty and the Beast. I was lucky enough to see it on the big stage in the Big Apple (NYC) when I was in the 6th grade. It opened my eyes to world of theater - and brought Disney to life. It was magical! (Again, with the word "Magical" but I can't think of anything else to describe it! Since then, these musical scores have been vital aspects to my singing life (however short-lived or lived-only-in-my-car.) I guess I can be whoever I want to be in the safety of my car. 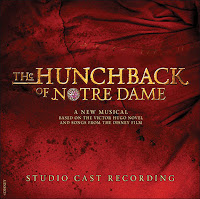 When I'm not watching or singing Disney movies, I'm writing Disney. And when I say I'm writing Disney - I mean that. Tumblr became my newest best friend back in 2011 when I was just finishing up with college.
I have written as Ariel from the Little Mermaid: arielinthegrotto.tumblr.com
I wrote as a Belle and Tootles once too.
Recently, I've been writing as the Beast from Beauty and the Beast: the-hopeless-beast.tumblr.com
And Ella from Cinderella: cinders-and-glass-princess.tumblr.com
(Follow me if you'd be interested! Shameless advertising! LOL)

I think it's probably safe to say that you get that I love Disney. It's one of my Favorite Things. I love to watch it, sing it, write it  - now I just want to BE it. Well.. maybe it's too late for that too.. . 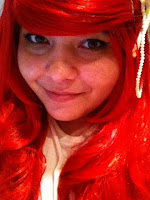 I feel like I should be embarrassed, but hey - I own the red hair. I think I rock it! ;) Hipster Ariel for the win.

In any case, this was a FUN "My Favorite Things." I hope you join me again next Monday if a new "MFT" - and if you have any requests, please. . . send them in! We can talk about some of YOUR favorite things! Que the music!