We Travel to "My Favorite Things Monday!"
(If that didn't give you a hint as to what I'll be talking about today. . then. . brace yourself!) 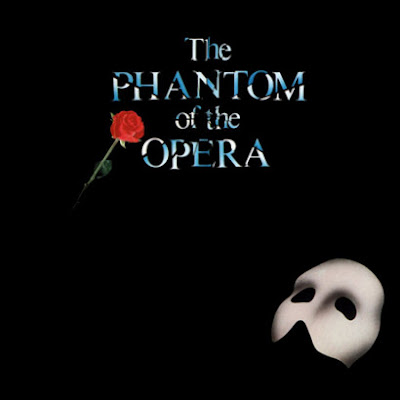 Welcome to the Day of ALL Days:
My Favorite Things Monday is All About "The Phantom of the Opera."

You'd be absolutely correct in knowing that I'm completely obsessed with this book/musical/movie.
I have been reading books since the 5th grade, fanfictions, listening to scores and soundtracks and discovering "The Phantom of the Opera" through the ages of Hollywood.

Let's Start Here:
Picture of 5th grader version of myself, discovering the sweet melodies of "The Phantom of the Opera." The voices of Sarah Brightman and Michael Crawford beckoning through my CD Speakers. Of course, since I'm a 5th grader, I have a Library Copy - in which I've borrowed time and time again. I know the words by heart at this point and I've already started to annoy my Mother with the lyrics:
"In sleep he sang to me, in dreams he came." 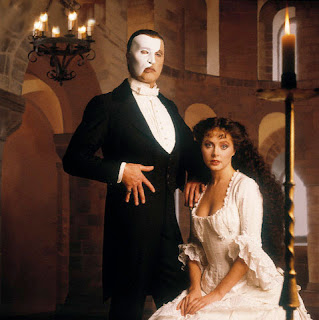 When listening to the CD wasn't enough for me, I began to explore different avenues of getting more of this fantastic and romantic tale. I wanted to know how the Phantom had became - well, "The Phantom." I wanted to know what his name was, what his life was like. And most importantly, did Christine really just leave with Raoul - What happened to the Phantom? (I'm not even going to act as if you don't know the story of "The Phantom of the Opera. So yes, this will be riddled with spoilers. But if you're here on my page and haven't at least heard of this musical, I must tell you - you are truly, truly missing out on a life-time experience. This is something that everyone MUST experience in their life - at least once.)
So I began my search (Just like this too!) LOL 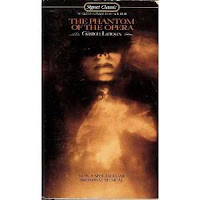 I got my hands on the original book, by Gaston Leroux and found myself saddened by the ending (whoa, I mean, I think I cried for a few hours by the way the book ended). I was thrilled when I saw my favorite author at the time R.L Stine wrote a version for kids called "Phantom of the Auditorium" so you know I read that a BILLION times. It wasn't until I was with my Mom at a thrift store that I saw this one book peeking out from the other romance novels - It was a white mask, and yes! The words "Phantom" were there. That could only mean ONE THING. For $25, my Mom encouraged my thrill for the Phantom (probably without even realizing what she was doing) - and I spent HOURS reading and flipping, flipping and reading. I won't lie, after getting through his saddening childhood, I skipped over a lot of the book just to get to the Christine parts. I ended up hating Christine too - SHE KEPT LEAVING HIM AND GOING FOR RAOUL!?!

I did read this book, but . .. we won't even talk about that. I hated it.
Plan and simple. (But totally love "Love Never Dies.)

Flash forward to a few years later - I'm a little older. I tried to appease myself with writing my own versions of The Phantom, and you know, having Christine actually stay with him!
(I can't find all the versions of Phantom I've read, I believe some of them are out of print)

"Night Magic" and "No Return" are among my favorites. "Angel of Music" offered exactly what I wanted, Christine leaving Raoul and going back to the Phantom, but even then - it was weird. I never finished the book. Just recently, I found this book: "Chanson de L'ange." There are three books to this story, but whoa. It's beautiful. I HIGHLY Recommend it. You can find more about the Author and the book HERE. 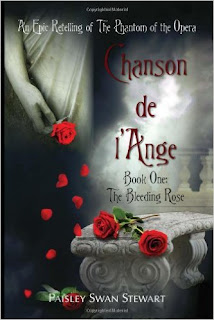 ***
Now that we've successfully established what a nerd I am regarding Phantom Books, let me start on the films. Let's go back to 5th grader version of Chantal, who - after discovered the soundtrack thanks to a choral trip to NYC, I went on a search for a movie version. Sadly, to my surprise, there were no version of "Andrew Lloyd Webber's Phantom," but there were a bunch of other versions at my finger tips (again, thanks to the James V. Brown Library!)

I suppose I started in the wrong order, but hey, I could only get what I had at the time (with no internet.) 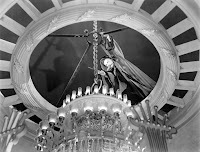 This 1943 Version of "Phantom of the Opera" was my first, and while I appreciated the new way of telling this story. I loved the melody that the Phantom created and had Christine, but alas, it was no Andrew Lloyd Webber.

I was delighted to find the 1990 TV Mini-Series of "The Phantom of the Opera" in my teenage years, while roaming the internet. It certainly was a difference from the 1943 version, a bit odd - but different. 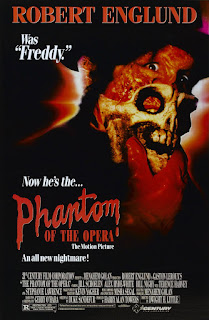 The 1989 version I found by chance one day on the internet, and I was absolutely disgusted. THIS is not a version I would EVER recommend to anyone. Ever. It was released a bit after Andrew's Musical, and was probably trying to cash in on the "Phantom" craze, but - wow. This screams "DESPERATION." Awful. 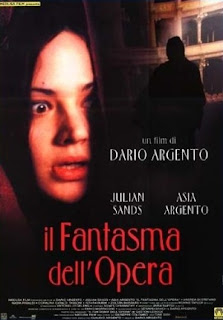 This is the 1998 Italian version that I again, found by chance one day on the internet, and I wish I hadn't. The Phantom wasn't even disfigured. He lived with the rats, and it was a very "sexual" movie. It wasn't even that scary honestly. It was just... a waste of film, honestly. I wouldn't recommend this version to anyone.

Now it was right around this time that I finally was able to get my hands on the 1925 Version - the Original "Phantom of the Opera" with Lon Chaney. It was great to see where everything started. It was VERY true to the novel, which was great: "The Scorpion or the Grasshopper?! WHICH SHALL YOU CHOOSE?" 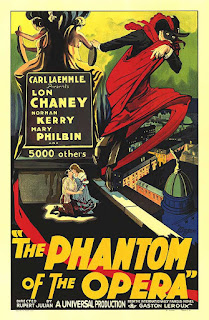 (Can you believe ladies actually fainted when his face was revealed? For 1925, this was TERRIFYING!) 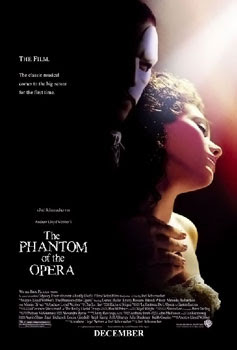 I was a Junior when this came out (In high school) and it was the year that I'd get to see "The Phantom of the Opera" for the first time on Broadway. (I know right, after all this time, I never saw it! I just read and listened!) I was a FAN of this movie. I loved it. I saw the movie at least 3-4 times in the theater - I rushed to get the soundtrack and . . I even had a Halloween costume made of Christine's pink Ballgown. Yup. I totally dressed up as Christine that year. No Shame.

Gerald Butler and Emma Rossum were amazing in this movie. And while some hate Gerald's rough voice, Heck - I'm just going to say it: it's sexy.

Who can forget Carlotta - she MADE the movie! LOL 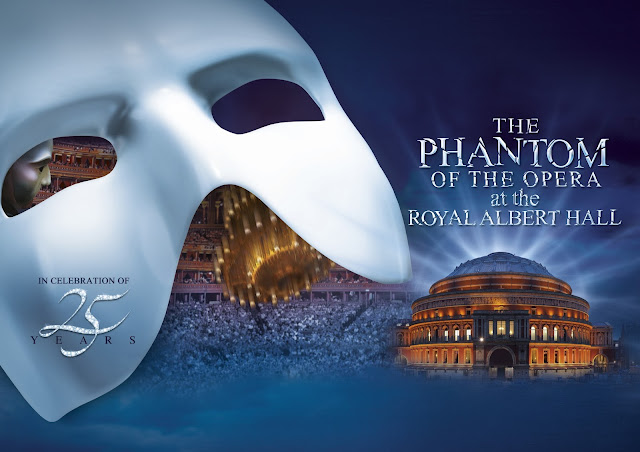 What can I say? The actors in the 25th Anniversary are beyond fantastic. The pain - the anguish, the love - everything is felt, seen, heard in everything they do in this performance. It's powerful and if you're as big of a "phan" as me - you'll walk away with tears in your eyes. Guaranteed.
Honestly, Ramin is probably my favorite "Phantom" - just because of his PHANTASTIC performance.

I want to cry just watching that again.

And Yes. . Just in case you're wondering,
I do love "Love Never Dies"
The Music is beautiful, and while the story is loosely based on "The Phantom of Manhattan," it's a great musical, a great piece of Broadway History.

I think I've made this post long enough - if you've made it to this point, thanks for keeping up with me. I would apologize for all of this, but . . that's the point of today. To talk about my Favorite things!
If you have any questions, or just want to fan girl with me over "The Phantom of the Opera" comment below!
Have a Great Day and I hope you all come back next Monday for a "non-Phantom" day ;)