January 13, 2016
It's probably something that every writer kinda fantasies about. . . their novel becoming a movie.
I've actually been thinking about this, only because I did the same thing with "Seven Seeds of Summer," so - I thought, what fun! I can do this with "Allerleirauh" too!

Low and Behold - This is what I came up with!

To be honest, William Moseley was a huge inspiration (from Peter Pevensie in Narnia) for Prince Klaus. When actually putting faces together, I thought twice about this at first, but he'll always be the real Prince Klaus to me.
Mrs. Benson reminds me of Carlotta from "The Little Mermaid." Lord Crestwood is young and daring, and the Prince's closest friend.
Lily James was truly another inspiration for Aurelia.. so I thought it only best to use her as well.
Myriah is older than Aurelia, and more motherly -
Lord Haven is . . What can I say about him? He's smug, kind of cruel and a bit creepy.
The King has always had this face to me - He is "The King." 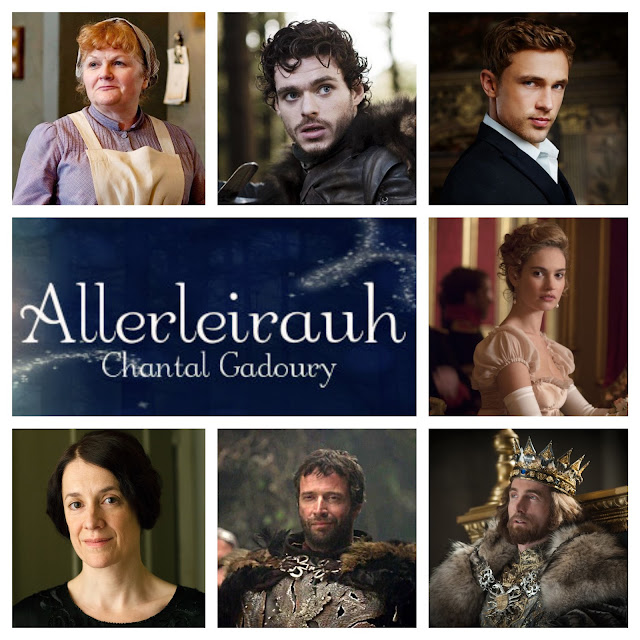 What do you think of my movie cast choice?