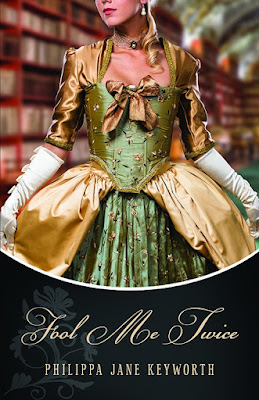 In the gaming hells of eighteenth century London, orphan Caro Worth is leading a double life. By day she plays a proper gentlewoman on the lookout for a wealthy husband. By night she plays the infamous Angelica, her fictional half-sister with a talent for cards and an ability to finance the life her respectable self has built. An introduction to a rich Marquis brings marriage and security within Caro’s grasp…until the arrival of the unpredictable and totally ineligible Mr. Tobias Felton.

Dismayed by Felton’s persistent appearances, shocking frankness, and enigmatic green eyes, Caro watches helplessly as he comes closer than anyone to guessing her secret, but when complete and utter ruin threatens, she finds that Felton’s suspicions just might become her salvation. As the walls she has built to protect herself crumble down around her, Caro learns that no matter how careful your plans, life and love have a habit of falling quite spectacularly out of control! 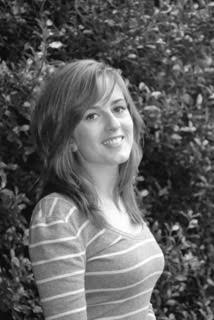 Philippa Jane Keyworth, known to her friends as Pip, has been writing since she was twelve in every notebook she could find. Originally trained as a horse-riding instructor, Philippa went on to become a copywriter before beginning a degree in History. A born again Christian, Philippa lives in the south of England with her handsome husband.

Philippa has always written stories and believes that, since it is one of her loves and passions, she always will. In her early writing career, she dabbled in a variety of genres, but it was the encouragement of a friend to watch a film adaptation of Jane Austen's Pride and Prejudice that began her love affair with the British Regency. Since then, she has watched every Regency film and TV series she could get her hands on and become well acquainted with Georgette Heyer’s novels which gave her the inspiration to write her own.

Both as a reader and a writer, Philippa believes it is important to escape into a world you yourself would want to live in. This is why she writes stories that will draw you into the characters’ joys and heartaches in a world apart from our own. Her debut novel, The Widow's Redeemer (Madison Street Publishing, 2012), is a traditional Regency romance bringing to life the romance between a young widow with an indomitable spirit and a wealthy viscount with an unsavory reputation. The novel has been received well by readers and reviewers who have praised the heartfelt story and admirable characters. Her second novel, The Unexpected Earl (Madison Street Publishing, 2014), explores another romance in the Regency era when an impetuous young woman has her life turned upside down by the reappearance of the earl who jilted her six years ago. Her third novel, Fool Me Twice (Madison Street Publishing, 2016), is a Georgian romance that has just been released.

So, what are you waiting for? Get swept away into another time with characters you will learn to love, and experience Britain in the 18th century and Regency like never before. 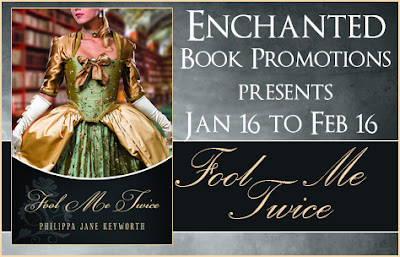 Now came the tricky part—the buttons. Thankfully, the Lord had blessed Angelica with a particularly long set of fingers and, despite the tiniest of buttons and the difficult positioning on the inside of her petticoat, she soon had the compartment undone. She folded the notes and laid them flat in the pocket so that they would lie unseen against her body for the journey home.
She was just fastening the last button when she heard the door open. Her raven-haired head shot up, and her large eyes darted in the direction of the intruder. No one had ever entered when she had been in here alone before. What was Mr. Russell thinking? He always left her in peace until she left of her own accord.

So shocked was she, she failed to remove her foot from its perch on the bookshelf and cover herself before a gentleman entered—a gentleman that was not Mr. Russell. At least, that is if you could call the man who entered a gentleman at all. The man in question practically fell into the room, sloshing the tankard of ale in his hand and taking more than a few seconds to find his footing.
Angelica watched with horrified fascination as the tousled hair escaping the pathetic ribbon at the back of his neck flicked up and down while he gained his balance. For a moment she wondered if he would merely stumble back out again, quite unaware of her presence. But fortune would not smile upon Angelica a second time tonight.

In spite of his graceless entrance and obvious inebriation, the man’s eyes were exceedingly quick. As he righted himself, they made contact with a heeled shoe, a pleasingly long leg beneath the flimsiest of materials, and a gathering of skirts. His eyes continued their journey upwards, over her bodice, her neck, and then they stilled at those indefinable blue eyes.
In the odd pause that followed, a cat-like smile slowly unfurled across the young man’s face. Angelica threw down her skirts and stepped back.

“I say…” was all the gentleman offered. He half-raised the tankard as if in salute, and Angelica could only be thankful that he had knocked the door shut during his imbalance. Or was she thankful? She took another step back, hitting the paneling of the wall.

She did not recognize the man, but he was undeniably handsome. Aware that she was looking him over, his boyish face gained a mischievousness. His green eyes twinkled merrily at her, lingering—to her utter infuriation—on her lips. He stumbled towards a book-lined wall and rested an unsteady elbow upon one of the shelves, leaning jauntily on one leg and most clearly making himself at home.

“I say…” he repeated himself, but he did not move towards her as Angelica had feared.

Her wits finally returning, she put some ice into her stare. “You say what, sir?” 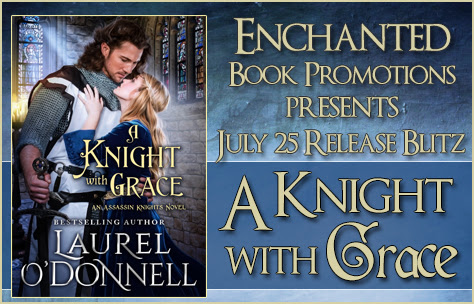 About the Book Title: A Knight with Grace Author: Laurel O’Donnell Genre: Historical Romance Lady Grace Willoughby defies her father’s orders to marry Sir William de Tracy and escapes with a friend. She has no intention of wedding a cursed man, a man ostracized from the church, a man who would only doom any future children they might have to the fires of Hell. She prays for a knight to rescue her. Excommunicated and outcast for a horrible crime in his past, Sir William de Tracy searches for forgiveness. Marriage has never crossed his mind until Lord Willoughby commissions him to retrieve his fleeing daughter and honor the dying wish of his father by marrying Grace. But things are not as they seem. And when an assassin tries to kill Grace, William must choose between his soul and the woman he has come to love. Can William and Grace overcome their past and find the redemption and love both are so desperately seeking?
Author Bio
Bestselling, critically acclaimed novelist Laurel O’Donnell sol…
Read more