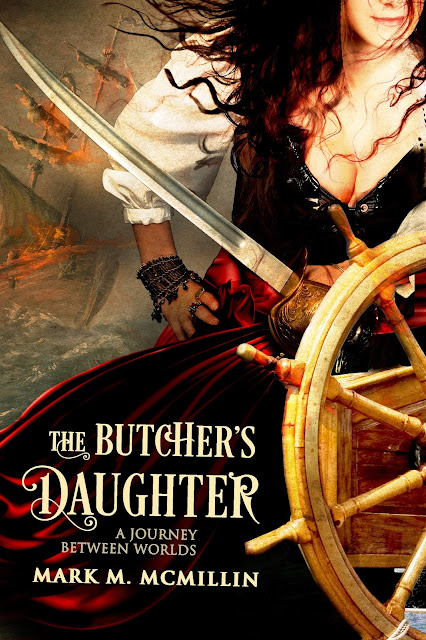 Title: The Butcher’s Daughter
Author: Mark M. McMillin
Genre: Historical Fiction
In an age ruled by iron men, in a world of new discovery and Spanish gold, a young Irishwoman named Mary rises from the ashes of her broken childhood with ships and men-at-arms under her command.  She and her loyal crew prowl the Caribbean and prosper in the New World for a time until the ugly past Mary has fled from in the old one finds her.

Across the great ocean to the east, war is coming. The King of Spain is assembling the most powerful armada the world has ever seen - an enormous beast - to invade England and depose the Protestant “heretic queen.” To have any chance against the wealth and might of Spain, England will need every warship, she will need every able captain. To this purpose, Queen Elizabeth spares Mary from the headman’s axe for past sins in exchange for her loyalty, her ships and men. 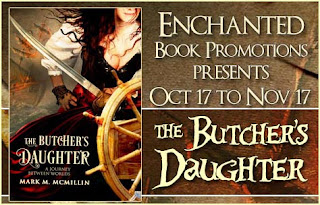 
Flannigan pointed to a pitted, reddish brown rock in the middle of patch of wild flowers that seemed somehow out of place. The rock, I soon realized, was not indigenous to the island. I grabbed a shovel from Flannigan’s hand and started scooping out the first shovelfuls of dirt and sand myself. 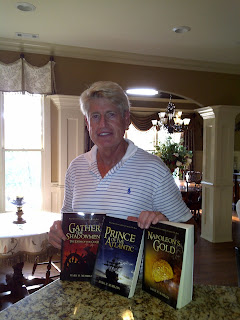 Author Bio
Mark is an attorney by day and an author by night. He has always had a passion for history and writing. The Butcher’s Daughter is his fourth book. Mark began his career with the military. He is a veteran of the “Cold War” and served with the 11th Armored Cavalry Regiment in Germany. Mark currently resides in Atlanta, Georgia and is the general counsel for an airline and freight forwarding company.