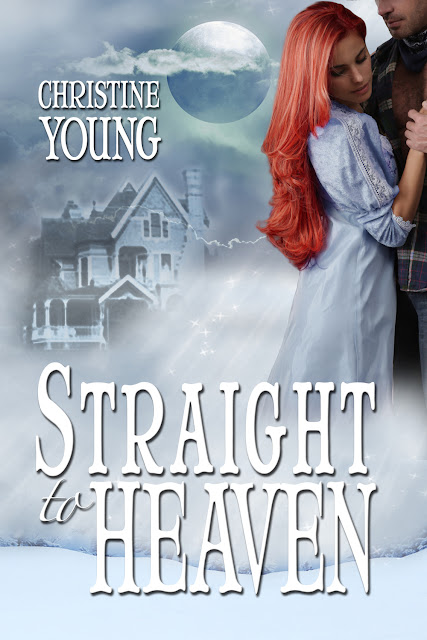 Running from demons, Alexandra McMurdie stumbles into Forbidden Ground where up is down and elements of nature are contested. Though a strong independent woman in the twenty-first century' she is unprepared for life in the 1800s. Her first sight of the formidable James Lawrence makes her heart skip a beat, giving her cause to reconsider her desperate need to find a way home.

Born with a silver spoon, James’ life was torn apart during the War Between the States. Moving west he vows to put the life he once knew in the past. When he discovers a half-frozen woman near Gold Hill, his heart begins to thaw. His love for Alexandra and his need to keep her from a man who has pursued her through time might cost him his life as well as hers.

She was lost. Frantic. So close to hysteria she tasted the fear bubbling up inside her and threatened to consume every coherent thought.

Lies. Everything he said was a lie. Tears welled in her eyes yet she quickly brushed them away, refusing to give in to the possibility his words were true.
Everything Sean Cassidy said was a lie.

Alexandra's father went missing and was presumed dead after the Gulf War. He was not alive somewhere in the South Pacific like Sean said. He had not abandoned her. He couldn't have because Alexandra's mother had told her that her father loved them more than life itself.

Cold air and needle thin branches stung her face as she raced through a thicket and away from Sean Cassidy. "No way..." she said aloud. She held her breath, stiffening then straining to see past the curious shadows that flickered and danced around her. A sudden snap of a twig startled her.
a
"It's not true. My father loved me. My mother was not his wealthy whore," she cried out suddenly. "Damn you. You're not going to touch me—not again. Not ever!" Furious with her stupidity and determined to get away, she fought the surge of fear and humiliation engulfing her, prayed Sean was somewhere else, prayed, too, that he'd lost her trail. She ran faster, her heart pounding.

Terrified, she knew her prayers would never be answered. He would chase after her, would never willingly let her go. A man like Sean Cassidy would never quit. He'd pursue her until he caught her and exacted his revenge.

Alexandra's determination and stubborn pride surfaced, and she tried to forget what Sean Cassidy had done; the awful lies he'd told her. She stiffened, bracing herself against the memory and the revulsion that refused to leave her. Sean and his groping hands. His refusal to stop. She knew about date rape, seen videos, but she'd never expected to be a victim. Damn him. An icy chill swept through her again.

Terror and dread returned two-fold, insinuating and compelling every thought, every breath, every beat of her heart. Alexandra stopped and tried to find her bearings before wrapping her arms around herself for warmth, making sure her fingers slid beneath the jacket she wore. Resting against a tree, she closed her eyes, and her breath tore from her in ragged little spurts. Her breathing was all she could hear now. The rest of the forest was cloaked in silence and with the sudden peace and stillness, her nightmare returned.
"One letter. A lost letter found in an old trunk..." Sean had thought he had unequivocal rights to her body. He thought because the letter said her mother was bought and paid for, it gave him the right to use her anyway he wished. But his insinuations were all lies and he'd found out how wrong he was about her.

She told him no when he first tried to kiss her, had wrenched her hand from his when he tried to hold it. There had never been a question. But he ignored her adamant "no" and she resorted to begging and pleading with him to stop, yet he'd kept at her, tearing at her clothes. Shivers started once again, horrible teeth rattling shivers.

"So where are you, Sean Cassidy? And where am I?"

Are you ready for adventure, love, time travel and more? This novel has it all and will NOT let you down. Christine Young's "Straight to Heaven" is about Alexandra McMurdie, a girl from our modern 21st Century, who stumbles into a time-traveling vortex as she's running for her life. It is there, in the 1800s, where Alexandra doesn't expect to find someone like James Lawrence.

All I can really and truthfully say about this novel was that I loved it. Every minute of it; every raced heartbeat as Alexandra and James connected, discovered, fought for themselves - for love. I'm a huge fan of time-traveling with a pinch of love and adventure, and Ms. Young delivers. I enjoyed the dialogue between Alex and James throughout the novel SO much. James Lawrence was probably by far, one of my favorite characters in the entire novel of "Straight to Heaven." Ms. Young offers a developed world, well-rounded and developed characters - with an exciting and fantastically romantic plot.

This story grabbed my attention from the moment I started to read the novel, and held my attention to the very last page (and even so, left me wanting only to read more about James and Alex.) I was so sad to have the novel end, leaving behind such fantastically creative characters.

"Straight to Heaven" offers a new look to the Western States after the Civil War with the twist of time.

If this novel doesn't send you "Straight to Heaven" - I'm not sure what will.

I HIGHLY recommend this wonderfully romantic novel to anyone who enjoys danger, adventure, and of course - a bit of Time Travel ;)

Born in Medford, Oregon, novelist Christine Young has lived in Oregon all of her life. After graduating from Oregon State University with a BS in science, she spent another year at Southern Oregon State University working on her teaching certificate, and a few years later received her Master's degree in secondary education and counseling. Now the long, hot days of summer provide the perfect setting for creating romance. She sold her first book, Dakota's Bride, the summer of 1998 and her second book, My Angel to Kensington. Her teaching and writing careers have intertwined with raising three children.  Christine's newest venture is the creation of Rogue Phoenix Press. Christine is the founder, editor and co-owner with her husband. They live in Salem, Oregon.

Enter to win one of several prizes - a Rafflecopter giveaway

Victoria Alexander said…
Fantastic review! Thanks for sharing your thoughts on this one, I'm looking forward to reading it myself :)
June 6, 2016 at 2:14 PM