Welcome to Another "Fun Treat Friday!" 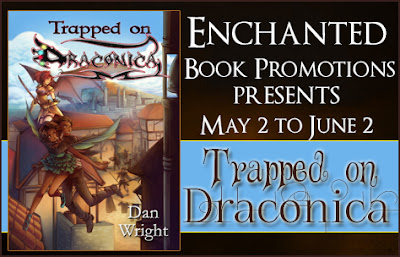 Barely into his teens, Ben Anthony has not had it easy. With his father in prison, his mother struggling to keep him under control and his friends little more than criminals in the making, Ben is already on a self-destructive path. But his life is about to get much worse.
Teleported to the world where dragons once ruled, Ben finds himself the target of the malign Baalarian Empire – of which Emperor Gothon seeks to capture him for reasons yet unknown. Teaming with warrior Princess Daniar Dragonkin, her altruistic sister Erowin and the revenge seeking Leonidan Prince Kalak, Ben sets out on a reluctant quest to find his way home. And thus begins his incredible adventure... 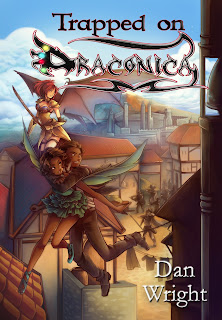 Eventually, Ben opened his eyes again. When he did, he discovered that he was laid out on a cold stone slab, having been stirred by the murmur of hushed voices. He noticed he was in a large room, covered in blue stone, regal red carpets lined the floor while huge paintings, framed in the most exquisite golden frames were strewn across the walls. Most of these paintings displayed a series of men and women in regal attire. In between the paintings, Ben noticed one picture that seemed out of place. It was a huge lizard creature with huge bird like wings across his arms. Standing before him were four female figures, each bathed in a different colour.
Ben then saw that he was surrounded by old men wearing red robes, looking at him as if he was covered in some foul substance. Fearfully, Ben leapt off the slab and tried to back away, but the wall behind him prevented him from going too far.
“Ok, what the flipping heck is going on here?”
The men continued to stare at Ben with nonplussed expressions. Just then, Erowin and Daniar walked in alongside another man, dressed in the same robes as the others, but with a golden crown on his head. His hair was grey and losing its colour, but he did not look frail in the least – he looked as healthy as when he had been young.
“What is this, some cheap Game of Thrones cosplay?” Ben snapped.
“Insolent dog!” one of the old men shouted at Ben. “Show some respect to our king!”
“Easy, Yama,” the King said in calm tones. “This boy comes from a world that no doubt differs from ours. We must forgive him for not knowing our culture.” He turned to Daniar. “How did he get here, my daughter?”
“We’re not sure,” Daniar said. “I went to the Forest of Celt to investigate a mysterious flash of light and I found Erowin and Ben there.”
The King took a few steps towards Ben, who still tried to back away even though the wall behind him prevented him from going anywhere. He sunk to the floor. “Easy, boy. I mean you no harm,” he said, kneeling down in front of Ben. “I am Balaur – King of these lands. Daniar and Erowin have told me everything they know. I’m sorry, I know this will be hard to hear, but you are no longer in your own world.”
Ben had seen many strange things since he woke up in the forest, so the shock of hearing this was not as devastating as he thought it would be. Or maybe he was just trying to cover up his shock and fear through typical male bravado. “Could be worse! I could be in Wales!”

Dan lives in the United Kingdom - born in the historic town of Canterbury, Kent. He picked up a love of Fantasy stories after reading such classics as The Lord of the Rings, The Lion, The Witch and the Wardrobe and numerous Roald Dahl novels.
His biggest influences are Douglas Adams, Alan Moore, Stan Lee, J.R.R. Tolkien, Joss Whedon, H.P Lovecraft, Hiromu Arakawa and George R R Martin. He is highly influenced by Anime, Video Games and Comic books. He has also written a fan parody series on YouTube called Totalitarian Warlords and Termination Squadron.

As well as writing, Dan plays guitar in a metal band. He likes all kinds of music—but he mainly listens to rock and metal, rap, some pop music and also film and video game scores. He also loves Disney and Pixar movies—often finding himself singing along to the tunes, or crying manly tears!


He is also a slave to his cat, who takes up a lot of his time when he isn’t at work or writing!
To learn more about Dan and the world of Draconica, visit the following places: 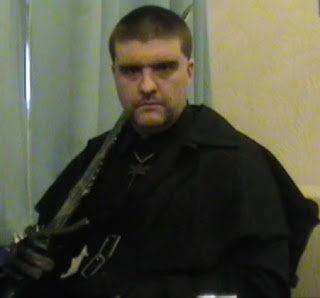